The charts below give information about players of electronic games in South Korea in 2003. 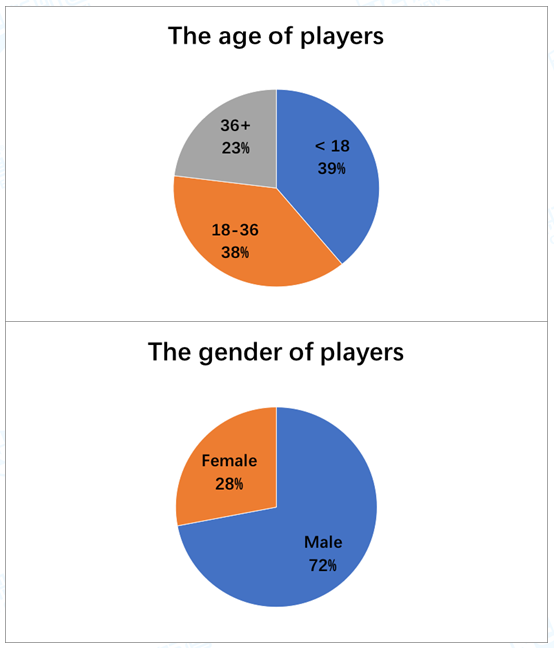 From the first chart, it is evidently shown that children and teenagers and those in their early adulthood constituted the most proportion of game players, 38 % and 39% respectively in each age group. The-over-36-year-olds were less attracted by electronic games, albeit there were still almost a quarter of adults spending time on this.

The second pie chart indicates that male players far outnumbered their female counterparts and both of their preference for games also varied. Action type dominated in the best selling types, reaching 43 percent, more than twice as popular as the sports type. Racing attracted to 17 percent of the players, claiming the third place in the whole category. However, role playing and educational electronic games gained less popularity, both being 7 percent.

Overall, electronic games are more young males favored, with dynamic games making up the majority of the best seller types.