1. a fence or boundary formed by closely growing bushes

2. a way of protecting oneself against financial loss or other adverse circumstances

She invests her money as a hedge against inflation.

an animal that only eats plants

the traditions, achievements, beliefs, etc., that are part of the history of a group or nation

His Polish heritage was very important to him.

the period of one's greatest popularity, vigor, or prosperity

In the heyday of big cars nobody cared how much gas cost. 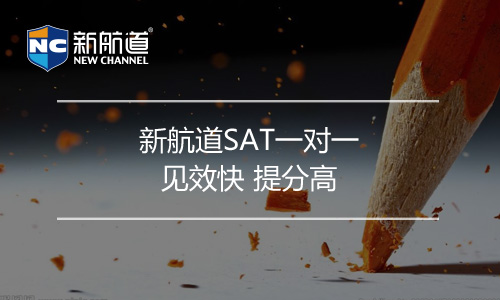 offensive to the senses and especially to sight : exceedingly ugly;morally offensive : shocking

The room was filled with hideous furniture.

to make (something, such as a task or action) slow or difficult

Their journey was hindered [=impeded, slowed] by snow and high winds.

She wanted to sign up for the class, but the cost was a hindrance. [=the class cost too much]

It's easy for us to say that the war was wrong, but we have the advantage/benefit of hindsight.

a usually metal piece that attaches a door, gate, or cover to something and allows it to open and close

a hodgepodge of styles

Holistic medicine attempts to treat both the mind and the body.

She honed her language skills by reading and writing every day.

to be in a state of uncertainty, irresolution, or suspense

Watch as the hummingbird hovers over the flowers.

to cry out loudly

The dogs were howling at the moon.

not costly or luxurious

Despite all his achievements, he has remained humble.

the behavior of people who do things that they tell other people not to do : behavior that does not agree with what someone claims to believe or feel

When his private letters were made public, they revealed his hypocrisy.

The iconoclasm of his views made him unpopular.

being the exact same one; not any other

We visited the identical place we stopped at last year

a lack of knowledge, understanding, or education the state of being ignorant

His racist attitudes were born out of ignorance.

not allowed by law : unlawful or illegal

He was arrested for selling illicit copies of the software.

to give examples in order to make (something) easier to understand

He illustrated his lecture with stories of his own experiences in the field.

standing above others in rank, importance, or achievement

He has had an illustrious military career.

1 not capable of being affected by a disease; 2 not influenced or affected by something; 3 having special protection from something that is required for most people by law

Most people are immune to the disease.

the quality of being unaffected by something

They have developed immunity to the virus.

treating all people and groups equally : not partial or biased

an impartial analysis of the case

free from fault or error

The craftsmanship is impeccable. [=flawless]

There were no legal impediments to the deal.

Although he seems outwardly imperturbable, he can get very angry at times.

not believable or realistic : not plausible

to cause (something, such as a tax, fine, rule, or punishment) to affect someone or something by using your authority

The judge imposed a life sentence.

of a fauna or flora : represented by few species or individuals

the most impoverished areas

not providing or saving for the future: not wise or sensible regarding money

Her improvident habits left her with no retirement savings.

to speak or perform without preparation

an actor who is good at improvisation

not completely formed or developed yet : vague

as something that is less interesting or important

The report discusses the problem only incidentally.

covering or including everything

not able to be corrected or changed

He is always the class clown and his teachers say he is incorrigible.

Material found at the crime scene incriminates the defendant.

impossible to read or understand : not decipherable

His handwriting is almost indecipherable.

1 a : the action or the legal process of indicting b : the state of being indicted 2 : a formal written statement framed by a prosecuting authority and found by a jury (as a grand jury) charging a person with an offense 3 : an expression

The grand jury has handed down indictments against several mobsters.

Because he was indigent, the court appointed a lawyer to defend him.

feeling or showing anger because of something that is unfair or wrong : very angry

She wrote an indignant letter to the editor.

They participated in the indiscriminate slaughter of countless innocent victims.

somewhat formal : to cause (someone or something) to do something

The advertisement is meant to induce people to eat more fruit.

She lived a life of selfish indulgence.

He argues that there is an inextricable link between poverty and poor health.

not capable of being wrong or making mistakes : not fallible

never claimed to be infallible.

being in an infatuated state or condition

The attraction he felt for her was just infatuation, not true love.

Poor hygiene can increase the danger of infection.

having the power to cause changes : having influence

She became an (enormously/extremely) influential critic/writer.

infuse the team with confidence

She has infused her followers with confidence.

1 free from any intent to deceive or impress others; 2 lacking in worldly wisdom or informed judgment

forming a part of the essence or inmost being : DEEP-SEATED

These attitudes are very deeply ingrained in the culture.

one of the things that are used to make a food, product, etc.

He uses only the finest/freshest ingredients in his cooking.

belonging to the basic nature of someone or something

He has an inherent sense of fair play.

occurring at the beginning of something

The symptoms are mild in the initial [=early] stages of the disease.

a slight idea about something

I didn't have an inkling [=clue] of what it all meant.

She refused to answer inquiries from the media about her marriage.

an eager desire to find out about things that are often none of one?s business

She was very inquisitive [=curious] as a child.

He inscribed a message in the book before giving it to his son.

They succeeded despite some nearly insuperable [=insurmountable] difficulties.