capable of being understood

His diaries include passages that are barely intelligible.

not temperate: such as

to become stronger or more extreme : to become more intense

We could hear the wind howling outside as the storm intensified.

2:an intervening or interruptive period, space, or event :INTERVAL

3:a musical composition inserted between the parts of a longer composition, a drama, or a religious service

He has resumed his acting career after a two-year interlude.

having or seeming to have no end : continuing for a very long time

starting, stopping, and starting again : not constant or steady

The patient was having intermittent pains in his side.

1:to occur, fall, or come between points of time or events 2:to enter or appear as an irrelevant or extraneous feature or circumstance

Twenty years intervened between their first and last meetings. 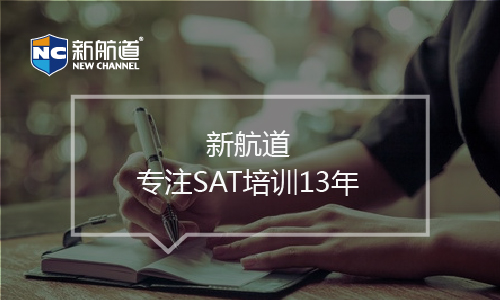 The program is able to run without intervention by the user.

frighten or overawe (someone), especially in order to make them do what one wants

You shouldn't allow his reputation to intimidate you.

1 causing fear; 2 harsh and threatening in manner or appearance

He is one of the most intimidating men I have ever met.

not easily managed, controlled, or solved

the quality or state of being intransigent

He has remained intransigent in his opposition to the proposal.

feeling no fear:very bold or brave

She admired the composition for its beauty and intricacy.

to arouse the interest, desire, or curiosity of

She was intrigued with/by what he had to say.

the process of examining your own thoughts or feelings

a moment of quiet introspection

1:opposite in order, nature, or effect 2:being an inverse function

The study indicates an inverse relationship between the unemployment rate and inflation.

“What a beautiful view,” he said, his voice dripping with irony, as he looked out the window at the alley.

not able to be proved wrong : not capable of being refuted

There is irrefutable evidence that he committed these crimes.

He has a delightfully irreverent sense of humor. irreverent portrayals of nuns

always used before a noun : traveling from place to place : staying in a place for only a short amount of time

a jocular man who could make the most serious people smile

He was jolted forward when the bus stopped suddenly.

to provide or be a good reason for (something) : to prove or show (something) to be just, right, or reasonable

he was being pressured unfairly by his boss. The fact that we are at war does not justify

a small problem in a plan, system etc

the state of being related to the people in your family

He feels a strong kinship with other survivors of the war.

an ability, talent, or special skill needed to do sth

They have a knack for telling interesting stories.

requiring a lot of time and effort

something that is extremely complicated or difficult to understand

He found it difficult to follow the movie's labyrinthine [=elaborate, intricate] plot.

She lamented over the loss of her best friend.

The sailor was lashed for disobeying the captain. [no obj]

always used before a noun : told about in a legend

legendary creatures from the sea

a law or set of laws made by a government

1 exerting a soothing or easing influence, relieving pain or stress 2.not harsh, severe, or strict

Many people felt that the punishment was too lenient.

The government imposed a levy [=tax] on gasoline.

The investigation blew the lid off corruption in city hall.

weary, exhausted b : lacking in strength, vigor, or firmness : spiritless

He gave me a very limp handshake.

too ready or eager to sue someone or something in a court of law : tending or likely to engage in lawsuits

a very litigious group of people

He wore loafers with no socks.

longevity the length of time that something or someone lasts or continuesn. 长寿，长命;寿命The members of that family are famous for their longevity.

very clear and easy to understand

The patient has remained lucid

full of sadness or sorrow : very sad especially in an exaggerated or insincere way

a comic actor known for his lugubrious manner

a lurid tale of violence and betrayal

having or showing a desire to cause harm to another person

Her reputation has been hurt by malevolent

to officially demand or require (something)

The law mandates that every car have seat belts.

to make (something, such as a lawn or a garden) look neat, smooth, and attractive

She manicured her nails.

a visible representation of something abstract (as a quality)

The first manifestations of her behavior problems occurred soon after she left home.

I objected to the manner in which the decision was made.

We are protesting policies that marginalize women.

This book is marginally more interesting than the others.

He became maudlin and started crying like a child.

land in or predominantly in grass

The path meanders through the garden.

He has been appointed by the government to mediate (in the dispute) between the company and the striking workers.

relating to or belonging to the Middle Ages

They're using a computer system that seems positively medieval by today's standards.

the quality or state of being mediocre

We were disappointed by the mediocrity of the wine.

emotional in a way that is very extreme or exaggerated

the accidental melting of the core of a nuclear reactor; a rapid or disastrous decline or collapse

After a long day at the beach, our toddler had a major meltdown in the car on the way home.

to make a show of intention to harm

Those dogs are a menace.

to threaten harm to (someone or something)

He gave her a menacing look.

lack of honesty : the condition of being mendacious

The people learned of their government's mendacity

Their house was always filled with merriment.

The crowd was mesmerized by the acrobats.